Being that it is Black History Month, companies and businesses alike find some way to celebrate the history of Black Americans and those who have influenced movements from the past. Ranging from Nike’s Black History Month collection of apparel and shoes, celebrations and festivities all around the country, and even our own College of Wooster’s month-long celebrations. These events do well to celebrate the history of African-Americans in the United States and recognize what figures such as Martin Luther King Jr., Rosa Parks, and Malcolm X have fought for. Although, these celebrations do not always hit the target.

A controversial topic was the German-based sports goods company Adidas. Like many other companies, a popular silhouette of a shoe(s) was released.  The particular Adidas shoe ended up being all white and cream with a black sole, getting away from the extravagant treatment that BHM (Black History Month) shoes usually receive. Being the only part of the Adidas BHM Collection that received backlash, the shoe was removed from retailers and discarded from the “Harlem Renaissance” Collection. Adidas also released a statement expressing its regrets about the Adidas “Celebrating Black Culture” Ultra Boost Uncaged shoe. The “Celebrating Black Culture” shoe “did not reflect the spirit or philosophy of how adidas believes we should recognize and honor Black History Month” (Adidas inc). 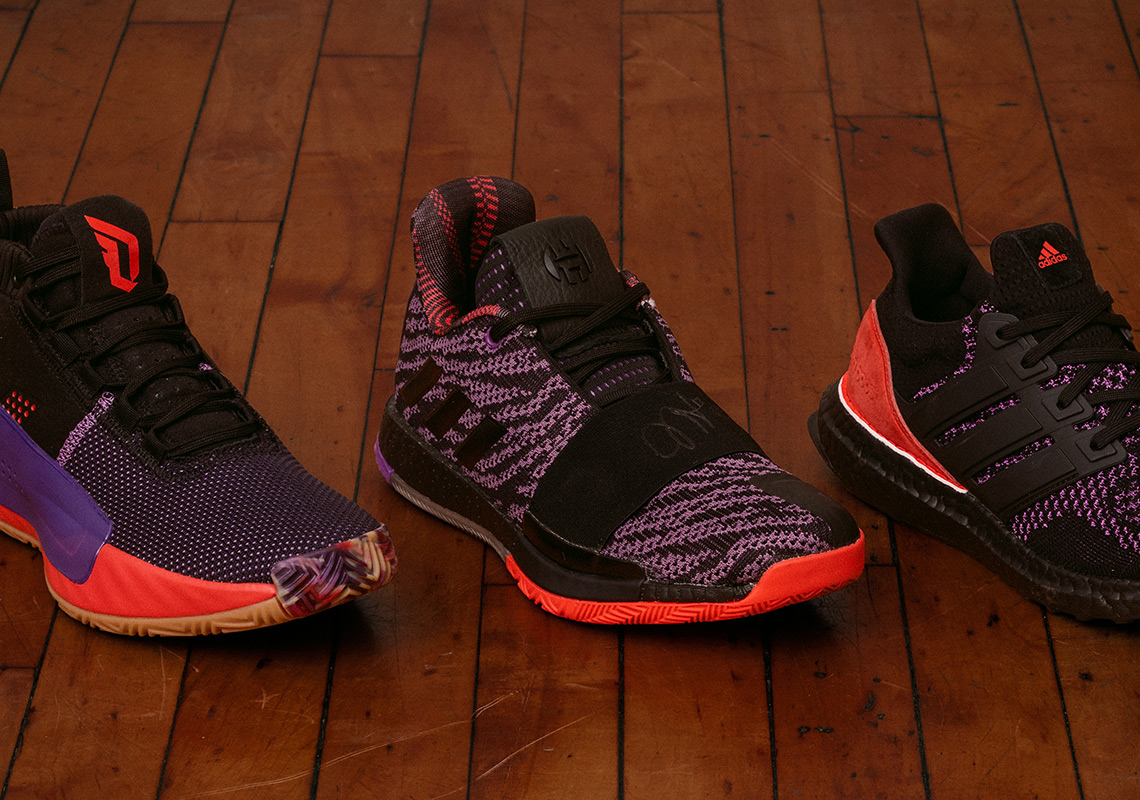 After seeing the white BHM Adidas shoe released to the public, it was obvious to me that Adidas did not do their proper research before releasing the shoe. Over the years that the trend of themed-based shoe collections (Christmas, Black History Month, LGBTQ Pride, etc.) has occurred, I can not remember anything controversial such as this happening. Adidas was right to rollback the shoes and keep the three appropriate shoes on the market. When it comes to race and/or identity, it is important to get things as this right so that those in the communities targeted are not offended.

Dr. Shakes talk spoke mainly about the dynamics and parallels between Black Panther and Luke Cage. She spoke on the representation of African culture within Wakanda and the intra conflict between Black Americans and Africans and how this conflict is used to define how blackness is defined through national and ethnic identities. A piece that really stood out to me and what I did not pick up on per se is the difference between Kilmongers view of trans-nationalism and Nakia. While on the surface level his version may result in violence which should not be the option, the deeper connection to his vengeance has to do with colonialism and the suffering/ genocide of his people and ancestors. When we touch on the Trans-Atlantic slave trade in class we go into detail about the commodification of black bodies and how the industry plays an integral role in how the past was shaped. But it is still playing a role in who we are as a people today. This is often overlooked in the discussion. The discussion needs to be rerouted to the root issue at hand and it starts with American imperialism and the institution of slavery, which is a point Dr. Shakes reiterated throughout the lecture.

Dr. Shakes also provided dialogue about Bush Masters’ being American by birth and how Jamaican culture deemed him “alien”. He is essentially an outcast even though he has ties to both cultures and has every right to belong. The main takeaway from the discussion that resonated with me was how we discuss and accept black identity without making one the main hegemony as Dr. Shakes said. The institution of slavery has hindered us, and the way we go about interacting needs improving. Many identities can co-exist at once and no one deserves to feel inferior, but because of slavery, these problems have been forced upon us

In the past few months, incidents of blackface have become a hot topic in the media. Just last week, former Florida Secretary of State Michael Ertel resigned after photos of him in blackface dressed as a Hurricane Katrina victim from Halloween 2005 began circulating. Ertel was appointed by Governor Ron DeSantis, who, when running for the gubernatorial position, stated that voters shouldn’t “monkey this up” by supporting his black opponent, Andrew Gillum. Another example of this kind of overt racism is Virginia’s governor, Ralph Northam, who is being pushed by his constituents to resign for his section in the 1984 yearbook of Eastern Virginia Medical School. It contains a picture of a man in blackface standing next to a man dressed as a Ku Klux Klan member. In another instance, NBC television host Megyn Kelly drew controversy last Fall after defending blackface Halloween costumes. She justifies the practice by comparing it to the people who place axes in their heads, suggesting that they are equally jarring.

In addition to their appalling behavior, the public figures in question attempted to defend themselves. Just one day after publicly apologizing for his actions, Northam reported that he was not in fact the man standing in the picture next to the Ku Klux Klan individual. Kelly sought to reform her initial statement, maintaining that if someone were to dress as Diana Ross and present blackface, she would view that act as a way of “honoring and respecting” Ross’s beauty. Even more disconcerting is the fact that the only times we have heard these public figures apologize for their decisions of the past were to save their reputations or careers. Ertel— who, despite his resignation, still faces a large mass of offended and enraged citizens— claims he is “a better man than [he] was 14 years ago.” Governor Northam asserts that his poor ethical conduct is not reflective of who he is today or what he stands for.

Notice the trend. Not only were the apologies meant to save face, they also attempted to affirm that the person at fault has since grown from the situation. Individuals on national platforms must recognize the weight of their actions. We can no longer readily accept any and every meek apology that is recited to us day after day. These figures who have gained massive followings must be held accountable for their actions, and we should not be so quick to forgive them.